Home of the Knights

Since Countryside Christian Academy opened its doors in 2000, it has been the heart of leadership to establish a godly foundation for young people. Passing on a legacy of knowledge, character, and faith is the core of the Academy’s mission.

Eighteen students were enrolled the opening year; all of them were preschoolers, ages 2 to 4. However, leadership’s vision was to reach more young people. Thereafter, more classrooms were opened; the school expanded from preschool classes to offering elementary and middle school classes.

In 2004, CCA opened their doors to Trinity Christian School, and merged to make CCA even stronger. In 2009 CCA expanded our campus into the new $20 million dollar worship center.

In 2016-2017, Countryside Christian Church invested over $2 million dollars in a school/youth center renovation that now houses an indoor, climate controlled state-of-the-art gymnasium with basketball court and electronic scoreboard. This has expanded our ability to provide excellence in education and physical health.

Countryside Christian Academy is a fully accredited member school in good standing with the Association of Christian Schools International. (ACSI) This means that CCA is held to the highest standards in private Christian education ensuring our students are prepared for the next level in their educational journey. ACSI is a Protestant, interdenominational organization that touches the lives of more than 5.5 million students worldwide by strengthening Christian schools and equipping Christian educators.

ACSI was founded in 1978 and is headquartered in Colorado Springs, Colorado with 28 regional offices in North America and around the globe (10 in the United States and 18 internationally). More than 23,000 schools from 100 countries are members. ACSI works in:

Luke 2:52 states, “And Jesus grew in wisdom and stature, and in favor with God and man.” Prayerfully, each one of our students will continue to grow in wisdom, knowledge, and favor. A foundation has been established; each year another building block is laid.

Billy Graham stated, “The greatest legacy one can pass on to one’s children and grandchildren is not money or material things accumulated in one’s life, but a legacy of character and faith.” CCA leadership and staff count it a privilege and joy to offer a Christian education to each student.

Countryside Christian Academy admits students of any race, color, national and ethnic origin to all the rights, privileges, programs, and activities generally accorded or made available to students at the school. It does not discriminate on the basis of race, color, national and ethnic origin in administration of its educational policies, admissions policies, scholarship and loan programs, and athletic and other school-administered programs.

Over the many years since CCA opened its doors , the mission has remained the same, knowing we are passing on a legacy of knowledge, character, and faith.

The staff intentionally seeks out and provides opportunities for students to grow academically, spiritually, emotionally, and socially. CCA is known for their strong academic program by engaging students in the learning process and for being a close-knit school family.

Each class is taught through a Biblical world-view. Teachers lovingly and consistently work with each student to help them reach their highest academic potential and to succeed. Our students are the heart of CCA.

It is expected that upon graduation, CCA students will be prepared for the challenges of high school and beyond, both academically and spiritually. Our Knights consistently score well above the national average in all academic disciplines. Further, we have long been recognized by public and private high schools as consistently having well prepared graduates as they enter the upper levels. 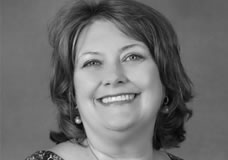 “Since Countryside Christian Academy opened its doors in 2000, it has been the heart of leadership to establish a godly foundation for young people. Passing on a legacy of knowledge, character, and faith is the core of the Academy’s mission. Eighteen students were enrolled the opening year; all of them were preschoolers, ages two to four. However, leadership’s vision was to reach more young people."

Our Mission, Vision and Goals

Since Countryside Christian Academy opened its doors in 2000, it has been the heart of leadership to establish a godly foundation for young people.

Our Mission
Countryside Christian Academy strives to educate students in academic excellence, Biblical principles, and integrity. And, to develop the whole child intellectually, emotionally, socially, physically, and spiritually in a loving, safe environment.

Our desire is to partner with parents to develop the whole child: spirit, soul (mind), and body with the awareness that Jesus Christ is Lord and Savior. We strive to provide excellence in education with a Biblical world-view in a safe, loving environment.